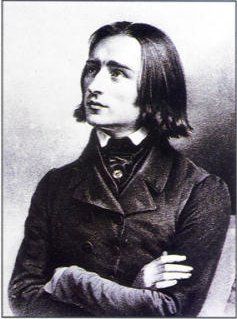 (A/N): This is the first of what I hope to be a long serialized piece about the Chopin/Sand affair. I have tried my best to keep things as historically accurate as possible. I do not own these characters, for they belong to history.)

Marie d'Agoult grasped the side rail of her rickety coach as it tumbled along the bumpy backroads lining the foothills of the French countryside.

As the carriage rambled on, she remembered the last time she had seen this scenery.
She remembered how, only a few years ago, she could not believe that she was free. She was finally free. She remembered with some shame the ordeal of having left her earlier children - both girls, still quite young - a scenario made easier to bear by the fact that she knew they were safe in the care of her husband, Charles Constant, Comte d'Agoult, who, unaware of what his wife was doing, woke up that next morning to a house void of her presence, save only for a letter.

She knew at the time that she was being foolish, a fool if there ever was one. Leaving her comfortable status as a comtesse, her wealth, an easy life behind was the very definition of foolish. But she was in love. Painfully, existentially in love. Love so deep she could not stand it, and her existence as usual, once boring at its very worst, became unbearable.

She remembered how afraid she was as her driver, recommended with discretion by a friend and paid quite handsome wages, steered his Fresian horse through trecherous terrain, but this was not what had frightened her. She was frightened that her lover, the one she had abandoned her past life for, would not be there and that the whole affair would be a humiliating farce.

The journey felt like it took forever, and it did take at least a few weeks. She smiled to herself, remembering with perfect clarity, stepping out of the carriage in front of the remote Swiss hotel, and seeing Franz standing there waiting for her. Marie sensed tears forming in the back of her eyes.Oh, Franz. She could still feel the ecstasy of that first embrace deep within her bones, the sensation of Franz's long, dark blond tresses caressing her neck as he kissed her. She brought a delicate, slender hand to her neck as if to relive the memory through touch.

"Darling, are you alright?"

Marie turned to Franz Liszt, who sat beside her, previously adrift in thoughts of his own. Still caught up in her emotional moment, she felt a deep need to touch him, which she answered by grasping his hands, which dwarfed hers.

"Yes, I didn't mean to startle you. Just the terrain, is all."

Franz's face furrowed into a frown. "Honestly, for what we're paying the man, he could at least make the ride smoother."

"We're almost there, dear, no need to make a fuss," Marie chided.

Franz leaned forward to tap on the front glass of the carriage, getting the attention of the driver.

"How long until we reach Paris?" he yelled, hoping the driver could hear him.

"Should arrive later tonight, 'round eleven."

Franz checked his pocket watch and frowned. It was just now six.

"Two weeks we've been traveling, and it's always the last stretch that feels endless," he sighed.

"Are you excited to be back in Paris, Franz?" she asked cautiously, even though coming back from Italy was his idea, not hers.

"It'll be nice to earn better money again. Plus, I've missed my friends. You shouldn't be nervous, dear," he said, as if reading her thoughts. "I know my friends will love you - they'll think you're a wonderful writer, an artist in your own right, and never mind about your past."

"I can't help but fear that they'll see me as a trivial disgraced aristocrat, a dilettante, a farce," Marie could not help but confess.

"I assure you that if it is one thing my friends do not care about it's high society. Besides, they know my taste is impeccable!" Franz grasped her hand tighter and smiled at her. She could not help but laugh at that lopsided grin, and with joy at the knowledge that Franz loved her. He reached into a basket he had produced from beside him and produced scones and a jar of jam.

"It's not much of a meal, but it should tide us over until we arrive. Soon, I promise we'll eat like kings, my dear."

Marie took a scone, which was a little stale but not so much as to become inedible, and used the butter knife Franz had packed to split it in half and spread apricot jam along both sides. They ate in silence, and when they were finished, Franz packed up the kife and cloth napkins back into the basket, which he set on the floor.

"I promise you, my love, I will take care of you," Franz said with great tenderness in his voice, breaking their silence. Marie peered into his dark brown eyes, alight with the intensity which made him such a monumental artist. She leaned in and their lips collided in a deep kiss.

"Try to get some rest. We have a long journey still ahead," she replied, somewhat dazed. Franz nodded absently, and turned his gaze back toward the window.

Marie's thoughts drifted various places - her trip to Switzerland and then to Italy with Franz, the book she was planning to write, absent thoughts about the quality of the hotel they were to stay in - until finally, long after the sun had disappeared behind the horizon, she had drifted off to sleep.
------
(A/N: Well, there it is! xD I hope you enjoyed it. Next time we'll check in with our dear Chopin!) xoxo -[Redacted]