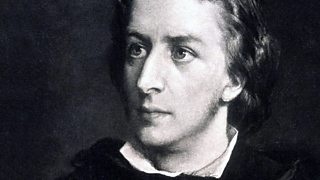 "Chopinetto, I simply think you are a genius!"

Chopin looked up from the piano towards his companion, a tall, lanky man with large hands and wild, long hair.

"Franz, the melodrama is unnecessary." The Polish man began to blush, despite all efforts not to.

"Ah, my dear friend, there is a reason you have been brought to Paris, and it is not to partake in fine food and romance," Franz Liszt mused.

"Those things are best left to you, I assume?"

"Chopinetto, you tease me. But alas, you came because the salons of this city must be graced with your playing. I'll arrange an event."

Chopin was flushed, and held back a cough he felt rising in his throat.

"F-Franz, is that really necessary? I only just arrived here."

Liszt furrowed his brow. "Just arrived? Why, that was a week ago! Surely you are settled by now."

"I would just like to be thorough." Chopin turned back to the piano, but was interrupted just as he was about to play.

"You are nervous, and I do not blame you, as I'm sure the customs of this city take some getting used to by someone such as yourself."

"I hope you're referring to my suceptibility to the climate," Chopin replied, irritated.

"Now Chopinetto, I promise you, you'll just adore my friends. They're real characters you know."

"Friends of yours, characters? One could not possibly have guessed."

Liszt frowned. "If you're feeling lonely, I'm sure I could set you up with someone with a taste for the sensitive."

The conversation had dwindled to a natural end, and Chopin returned to the piano, feeling the cool, familiar touch of ivory beneath his fingers.What kind of man was Franz Liszt? Liszt was popular, a showman, a human spectacle. Lithe and handsome, he attracted every woman and even some men in Paris, and if his face didn't do the job, his virtuoistic performances certainly did. Why would such a man want to be friends with someone like him, a well-traveled yet relatively obscure performer from a poor country like Poland?

The notes flew under his fingers, his countenance growing ever more agitated as he ruminated on this topic. He couldn't help but be jealous of Franz, who secured adoration, lovers, and fame with such genteel ease. He felt small in comparison, humble and awkward. Unhandsome.

"Aren't you rushing through that Bach? It's supposed to be Andante, not Allegro." Franz mused from his chair.

In frustration, Chopin's hands devolved into dissonance and the music collapsed beneath them.

"What do you see in me anyways, Franz? Why am I here?"

"In my flat or in Paris?" Lizst smiled.

"I told you, Chopinetto, I think you are a genius."

"A genius. What gives you the right to say such things?"

"I don't allow talentless hacks into my home unless they are pretty women." Franz was clearly becoming irritable.

Franz paused for a moment thinking it over.

"It's tender, your music. You don't need to be busy-bodying about the keyboard all the time, you're perfectly content with executing emotions rather than complex runs. I find that such deliberations take great restraint, restraint which I myself struggle with."

Liszt rose from his armchair and walked over to the piano. He put a large, bony hand on Chopin's shoulder. Chopin did not like to be touched and felt the fire return to his face.

"You'll do well here, if you stick with me," said Liszt. He let his hand linger on Chopin's shoulder a little longer before letting go, much to the other pianist's relief.

"I suppose I will then," answered Chopin quietly after a long pause.

Franz turned to him and smiled.

A/N: Well, there it is! I tried to capture the mismatched nature of Franz and Frederic's friendship - a playboy and a shy artist, the two really couldn't be less compatible.